River Gee is one of Liberia’s hinterland counties that became a county in the midst of the Liberian civil war in 2000. Fish Town became its provincial seat after it was demarcated from the forested, Liberian Timberland county of Grand Gedeh, which is also the regional capital of the south-eastern counties namely: Sinoe, Maryland, Grand Kru and now River Gee Counties.

The county as was taught after its creation to receive developments by its creator in power at then turned to the direct opposite of what was expected. While the newly county and its citizens were expecting the maximum promises to make the county one of the leading counties in term of development; the county resources experienced massive exploitation of a blanket logging and forceful gold mining. The creation of this county was met for development purposes but every expectation turned to be a show of pure deception; only for those citizens of the southeastern region to experience a calculated exploitation and a mockery. The misery of abject poverty can be seen within the county. Children and youth can visibly be seen bare footed in dilapidated schools; even the roads that were in active function leading to various districts southern Grand Gedeh County prior to the civil war have all disappeared. River Gee has no road and no functional status as a county. it’s the only county that doesn’t have a standing hospital in the entire country. The children and youth in this forested county are still struggling from the trauma of the civil war, as programs for the children and youth promotion that supposed to enlighten them for a better future, still appear void.
Admittedly, the county has been known as one of the portions of Liberia that produces cocoa and coffee but since the inception of the civil war, the roads leading to all of those farming lands have been covered with bushes and this once agriculture land with the opportunity of “farm to Market roads” has now turned to be a land of disappointment and deception. In case of any medical problem, the citizens will have to go to the Martha Tubman Memorial Hospital, in Zwedru, Grand Gedeh County, a hospital that is not equipped to meet sthe growing demand of medical treatments for the growing population of Grand Gedeh County has been compounded with the increasing population of River Gee County and cannot even meet quarter of the medical demands. There is no reasonable health facility in the River Gee County. To revive Liberia, River Gee County is one of the clear examples of how much the country needs to recover and advance. See below the kind of road networks that leading to the county’s capital, Fish Town, is a clear prove of how people are dying on a daily basis in that county and region. This organization is extending her voice to our friends and partners to come along with us to visit Liberia and see physically the situation in various counties in Liberia that needs immediate and near-future interventions; and to make the differential changes that are needed in the lives of those who have been silenced over the years and denied life’s taste of the right to exist or survive as human-beings. And to be given the chance and opportunities to excel and to in return become a productive citizens and a positive change maker in other people’s lives as well. 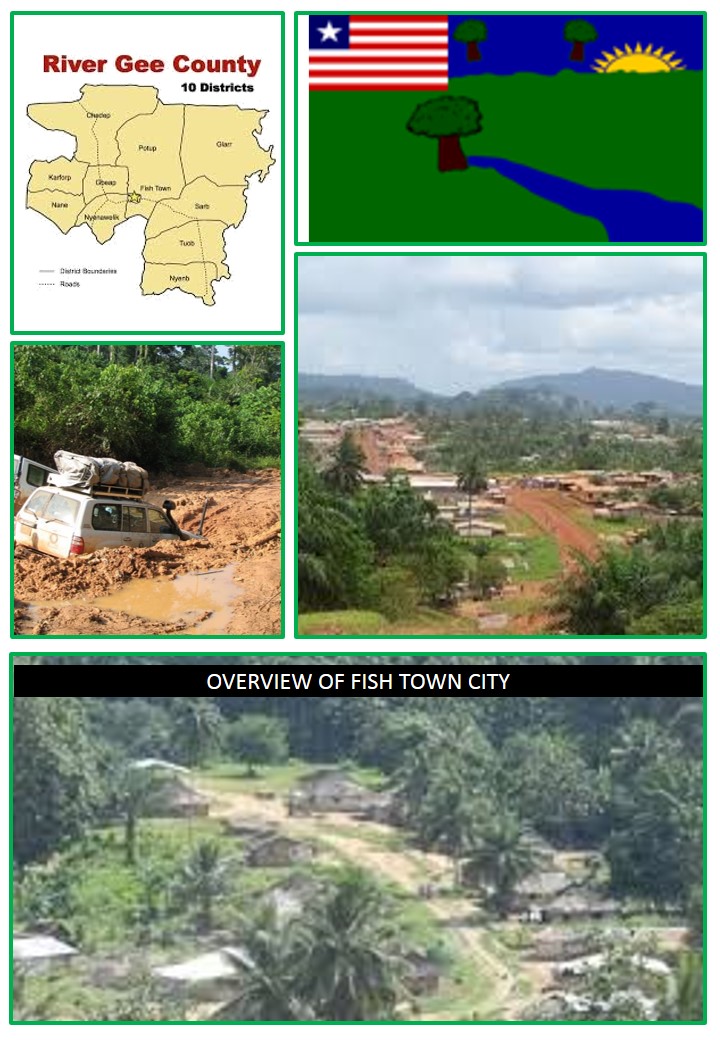