Maryland unique history is often mistaken for a folk tale. In fact, the county was indeed a sovereign state before joining the Republic of Liberia on April 6, 1857. Historians strongly believe that Liberia only annexed the territory because the young colony founded by ex-slaves from America had no standing army to defend its sovereignty. Maryland lost much of her territory to neighboring Ivory Coast due to Frances colonial influence, which she used to acquired more land in the 1800’s at the disadvantage of the young African state of Maryland now a county of the Republic of Liberia.

Maryland experienced the first historic economic boom from the early 60’s to the late 70’s. But the closure of LINSUCO, the Liberian Sugar Company and Firestone Maryland operations seriously slowed the economic growth of the county. The county was not spared by the destruction that characterized the Liberian civil war. From the beginning of the civil war, neighboring Ivory Coast was the entrance the terrorists /rebels group used to have launched their terroristic attacks on Liberian with the involvement of: Ivorians, Lybians, Burkinabe and Ghanan; to the point that these countries presidents at then, were freeing their prisoners that have committed heinous crimes in their various countries prisons’ cells to come and reign mayhems in Liberia as a way of freeing those killers criminals; like some of you who read these webpages must have witnessed or seen or known how those countries troubled Liberia with their supports of the terrorists’ war in return for Liberia’s natural resources like gold diamonds and timbers, rubber etc… .
Liberian warring factions throughout the civil crisis always regarded Harper, the county’s administrative headquarters as a backyard seaport support route which could fairly serve their purpose and was in repeated fights in control of the seaport so-closed to one of the supporting countries of Liberia’s destruction and destabilization. The “Ganta Harper Highway Project” that had the pavement project to pave the highway from Ganta, Nimba County, through Zwedru, Grand Gedeh County to Harper City, Maryland County as well as Sinoe County, could not be carried out due to the eruption of the civil war. Even though the engineers’ team from Ganta just started laying the 8 inches pavement of the (asphalt) from right Ganta parking to the LPMC estate in the Gbatu avenue area in Ganta, before the civil war stopped the entire project just like every other development projects in Liberia. And from 1989 up to now, after consecutive 29 years; the unpaved road networks do not only remain the same, but all the clearings that widen the road for the pavement of the (asphalt) have all closed in on the road and this situation has further exacerbated the inaccessibility of the road networks from right there in Ganta, Gbatu avenue to the rest of Nimba and the entire southeastern region of Liberia; and this situation has clouded over Maryland County as last county of Liberia bordering the Atlantic ocean and Ivory Coast. And like other counties in that region of Liberia, the citizens in Maryland normally get their basic commodities from the Ivory Coast, crossing the cavalla river even during the worst rainy season time, risking and at time losing lives to cross over the Cavalla River.
The civilian population got caught in the middle of the fierce battles that ensued each time one faction would claim to be in control of the seaport. Villages and towns were burnt down to ashes and a numbers of massacres were carried out while other civilians fled across the Cavalla River to seek refuge in neighboring Cote D’Ivoire (Ivory Coast).
When it comes to the fast human resources capacity building, Maryland and Lofa counties were the two major counties prior to the war (Normal Days), that used to put out the highest numbers of graduates from the state owned University of Liberia, but all of those momentums died off and the supports students used to receive from parents or guardians or donors or organizations during those days are all scrapped off and no more; and this situation does not only stopped the children and youth from going to school in Liberia but is also making illiteracy now scoring some high marks in post war Maryland County, in Liberia. Some of those schools buildings in Maryland County do not have a healthy status, some are leaking while others are depreciating and have no library of reading and recreational facilities. As this organization engages its friends and partners, we trust and believe in God to make it our priority “number one” to see what contribution that can be made to reawaken the spirit of academic excellence to the inhabitants of the Liberian nation in this challenging 21 century of a troubled and set-back Africa’s oldest republic of Liberia. 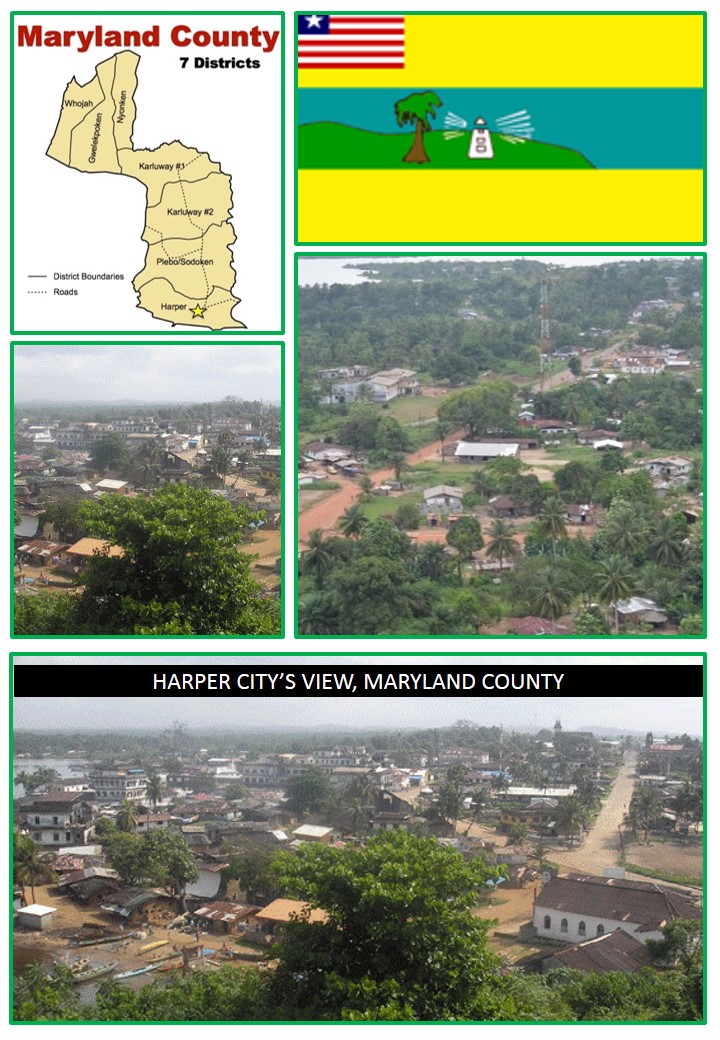