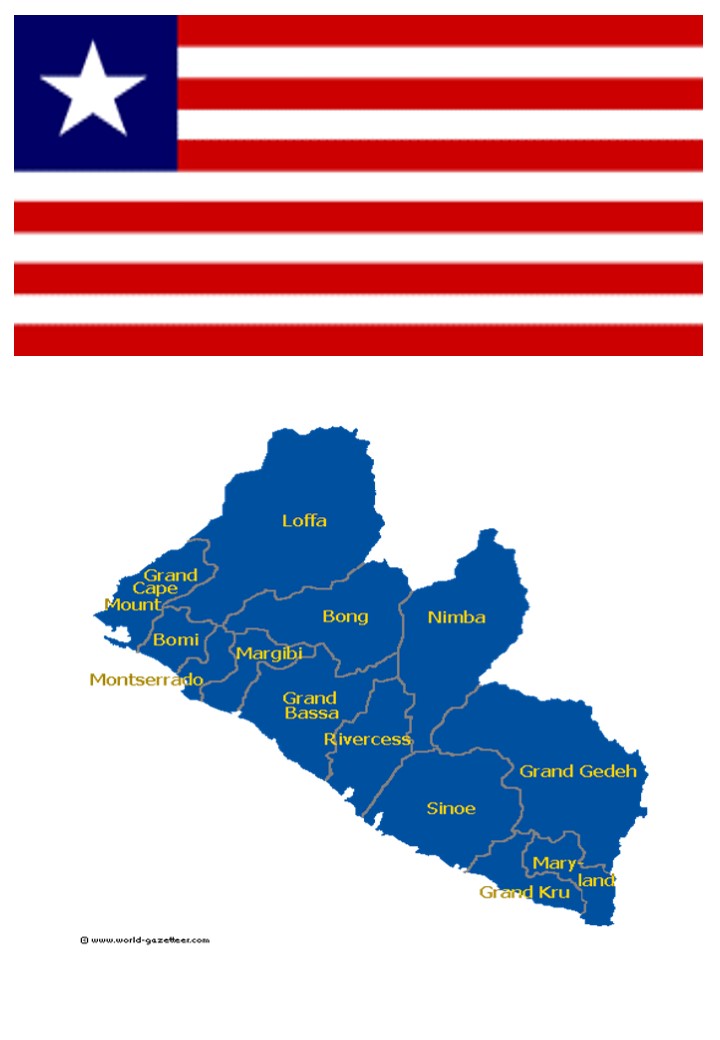 A Brief History of Liberia
Liberia was founded in 1822

by the freed slaves from the Americas and the Caribbean, whose ancestors were taken from Africa into slavery in the 14th century to work on plantations in the Americas. After the United States Congress abolished the slave trade in 1808, American Abolitionists created the American Colonization Society (ACS) to help return the ex-slaves to Africa. However, having gone around the west coast of Africa in search of a place to settle those freed slaves, (Grain Coast) as Liberia was formerly called and known became the only receptive and suitable area for the total settlement of the freed slaves. Progressively, from 1822 to 1847, the new black colonies along the Grain Coast united in a commonwealth that declared Liberia’s independence. Liberia became the Africa’s first Independence Republic on July 26th, 1847. Therefore, Liberia was never colonized by any colonial masters thus save guided her integrity of independence up to today’s date.

Ethnic groups: indigenous African tribes 95% (including Kpelle, Bassa, Gio, Kru, Grebo, Mano, Krahn, Gola, Gbandi, Loma, Kissi, Vai, Dei, Bella, Mandingo, and Mende), Americo-Liberians 2.5% (descendants of immigrants from the US who had been slaves), Congo People 2.5% (descendants of immigrants from the Caribbean who had been slaves)

Liberia’s location
In the Basin of the Manor River Union and the Gulf of Guinea in West Africa, Liberia is bounded to the East by the Republic of Ivory Coast, to the North by the Republic of Guinea, to the West by the Republic of Sierra Leone and on the South by the Atlantic Ocean. The nation has (fifteen political Sub-Divisions for administrative purposes) which are known as counties. A superintendent appointed by the President of the Republic heads each county. Liberia’s capital (Monrovia) is named after US President James Monroe who was very instrumental in facilitating the return of the freed Slaves through an NGO, the America Colonization Society (ACS) responsible for the return of freed slaves into Africa.
Geography – note: facing the Atlantic Ocean, the coastline is characterized by lagoons,
Mangrove swamps, and river-deposited sandbars and grassy inland plateau.