Grand Gedeh, which is one of Liberia’s hinterlands, became a county in 1964. Zwedru, the county’s capital became the regional seat/capital or headquarters for the south-eastern region of Liberia’s counties namely: Sinoe, Maryland, Grand Kru and River Gee. Grand Gedeh before the creation in 2001 of River Gee County was the second largest county of Liberia and the most developing. According to international observers and the United Nations reports, Grand Gedeh is the worst affected county in the Liberian civil war.
As the war in Liberia was initially based on ethnic cleansing against this county and her allies originated from this county; and has obviously made the county a target of elimination with a lot of massacres taking place in this forested county. On the other hand, there was systematic destruction the county’s private and public infrastructures experienced. The burning and massive destructions of the city can still be viewed from the Assembly of God’s Missionaries Mission hill overlooking the city view. Up to date, the county’s new and old city halls, Zwedru Multilateral High school, are some of the standing structures that need massive renovations while other schools, and churches’ buildings as well as the first county’s hospital were all burnt to aches! The county suffered a huge set back that is still visible; roads leading to various districts from Zwedru have completely disappeared and the able vehicles, like the (Four Wheel 4 X 4 Drive Jeeps or SUVs can attempt the mounting challenges of going into various districts’ headquarters leaving from Zwedru City). The county holds the richest tropical rainforests of the Republic of Liberia and like neighboring Sinoe, Grand Gedeh was faced with deforestation as a direct consequence of the rebel decade plus massive blanket logging from 1991 to 2002 that forced the United Nations in early 2001 to put an embargo on Liberia’s timber exports. According to up to date data, Zwedru, the county’s capital is the second most attractive city next to Monrovia the nation’s capital and the most populated city in the Southeastern region with both Liberians from all works of life and foreign nationals alike living there and carrying on trade and commerce. But the unspeakable destruction that took place in this Liberian scenic timberland county is illustrated and witnessed with the population both in the capital and elsewhere living in thatch houses. Furthermore, the county has an established community college but with no campus and using the Zwedru Multilateral High School campus, thus embarrassing the Zwedru Multilateral High school students for using their campus only intended for the high and vocational school purposes. Also the necessary academic and scientific materials, books, library and laboratory needed to equip the community college to a standard are nowhere to be found. There has also been a midwifery school recently built to train midwives to address some of the many cases of women dying while giving life to children due to the lack of medical doctors who are experts in those areas. Since the formation of Liberia in the western region, that portion of Liberia, the southeastern region has been suffering from bad road condition and has the least medical facilities in the entire country. Despite the growing population in the county, the only surviving hospital the Martha Tubman Memorial Hospital is not to standard to meet the growing demand of the health status to cope with the population. Like the tropical rain season that lasts for eight months in Liberia; the major highway leading to other parts of Liberia, central to northwestern can be totally cut-off and to have normal activities going on there in the southeast, remains a question of who can come to the rescue of that portion of Liberia. The southeastern region road network that has sank into time as seen below: can always inflame the situation that can create inflation at every given year tropical rain season cycle for citizens in that region, thus creating life-threatening and abject poverty; especially for Grand Gedeh and River Gee that do not have a costal line. LIFE has envisioned according to our statistics for most of those youth in this region to take medical sciences, engineering and Information Communication Technology as their career to address and improve the livelihood of this county and region. This is what we are counting on our partners to intervene in some of those vulnerable areas. As seen below, the road condition is so bad off especially during the rainy season, but people have to be forced to reach another hospital like 100 miles in Tapata, Nimba County and most of the patients even died on the road before reaching for treatment or died in the process of treatment or can die at the result of the unavailability of the medical equipment needed to perform the medical operations or surgeries. 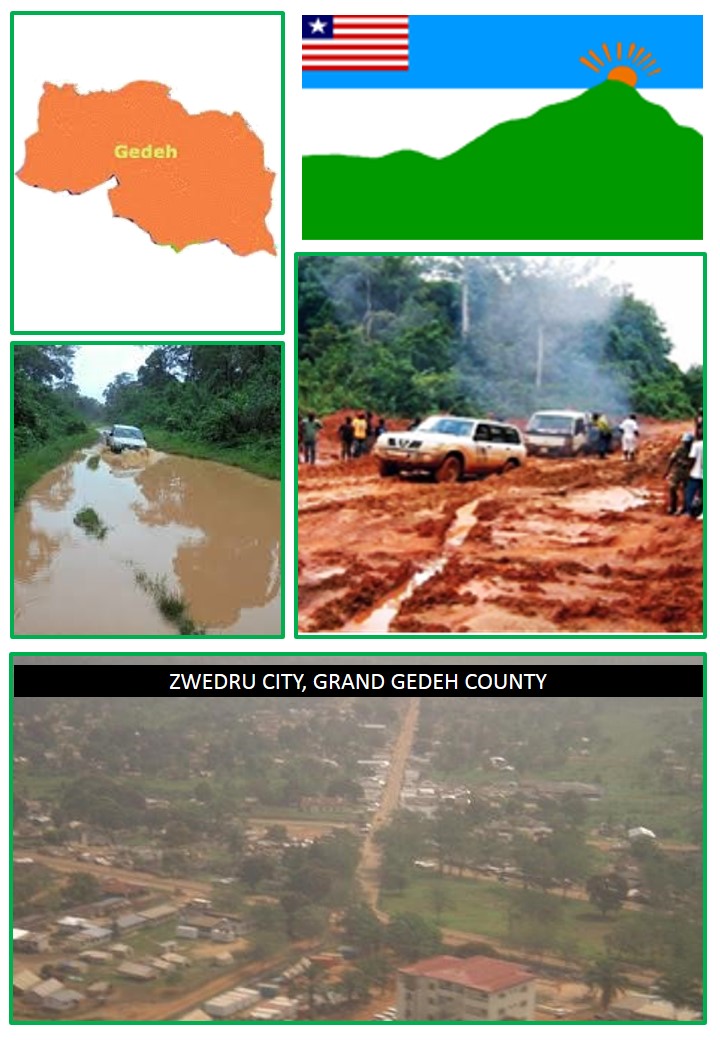 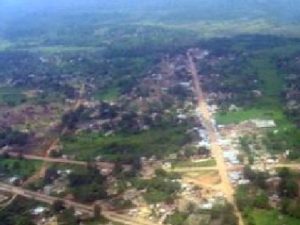 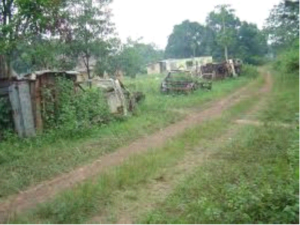 Some of the roads leading to other districts’ headquarters