Grand Bassa is one of the settlements of the Freedmen from the United States of America and the Caribbean that established government in Liberia in the early 19th century. The territory joined Montserrado and Mississippi in Africa now Sinoe County to form the commonwealth that declared Liberia’s independence in 1847.

“Bassa” as the county is commonly known, has the second largest seaport next to the national seaport in Monrovia. The county is also known for its fertile agriculture soil like other counties in Liberia, and hosts the second largest rubber plantation in the country; the Liberia Agriculture Company (LAC) which covers the landscape of 121,000ha in Bassa and accounts for 35% of the rubber industry export in Liberia. The rich fisheries in the St. John and other rivers, including the Atlantic Ocean prove the resourcefulness of Grand Bassa. The county is also known to have hosted the “flour Mill” industry during the “normal days” the pre-war era as well as it mountainous ranges called the “Bassa Hills” in the Bokay’s Town vicinity on Buchanan highway, that recent concessions included in the exploration and exploitation of the Liberia iron ore mining industry. The port of Buchanan was the very first seaport to have exported logs from Liberia after the United Nations band on Liberia timbers that was imposed in 2001 was lifted in 2006 April. And active logging began in the county since then. Yet the negative effect of the “climate change” as one of the contributing factors of ‘poverty creation’ is dangerously suffering the county and its inhabitants from the massive erosion of the Atlantic Ocean that is rapidly eating off Buchanan City and other adjacent towns and villages.
As part of the World Bank effort to help Liberia recovery, the 88 miles road leaving from Monrovia to Buchanan city was paved in 2009. But like the other counties in Liberia, all the roads leaving from the county’s seat of Buchanan to various districts have all closed and disappeared. And because of the lack of road network to the leeward parts of the county, the children and youth whose lives have been scattered and frustrated at the result of the decades’ and a half long plus civil war have no access to schools in some of those villages, and since everybody cannot afford to live in Buchanan for school, most of the children and youth living in the leeward parts of Grand Bassa are virtually underprivileged to get access to education in this 21 century, even in some of the leeward areas where they have some mixed-shift schools, the teachers that are found there are elementary students themselves, and to reach those areas for any school supply; one has to use the canoes on creeks and rivers due to the inaccessibility of the roads. Even though a community college has been recently completed to meet the growing demand of education there in the county; but the community college itself is under-staff by instructional staff.
In actual facts, Bassa has suffered the gravity of the civil war as Buchanan was the second rebel controlled city next to Gbarnga. The Children and youth were abused by drugs that led to most of the youth losing their lives during the war. The railway linked with neighboring Nimba in the north where the rebels invaded Liberia on Sunday December 24th, 1989 exposed the county to early dangers. After Nimba and Bong counties, Grand Bassa became the next target and victim of the bloody civil war in every aspect of life. Our obligation is to seek help from our partners to help those communities that need transformation and to get the best out of our nation to the glaring standard of civilization as the oldest independence republic of the African continent. 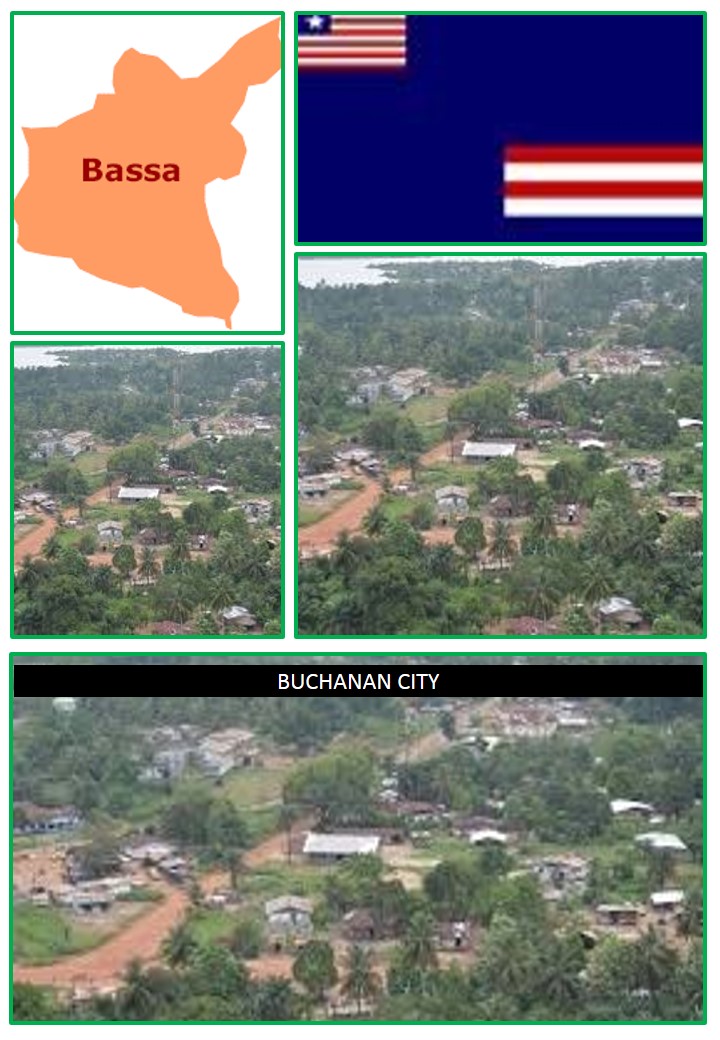